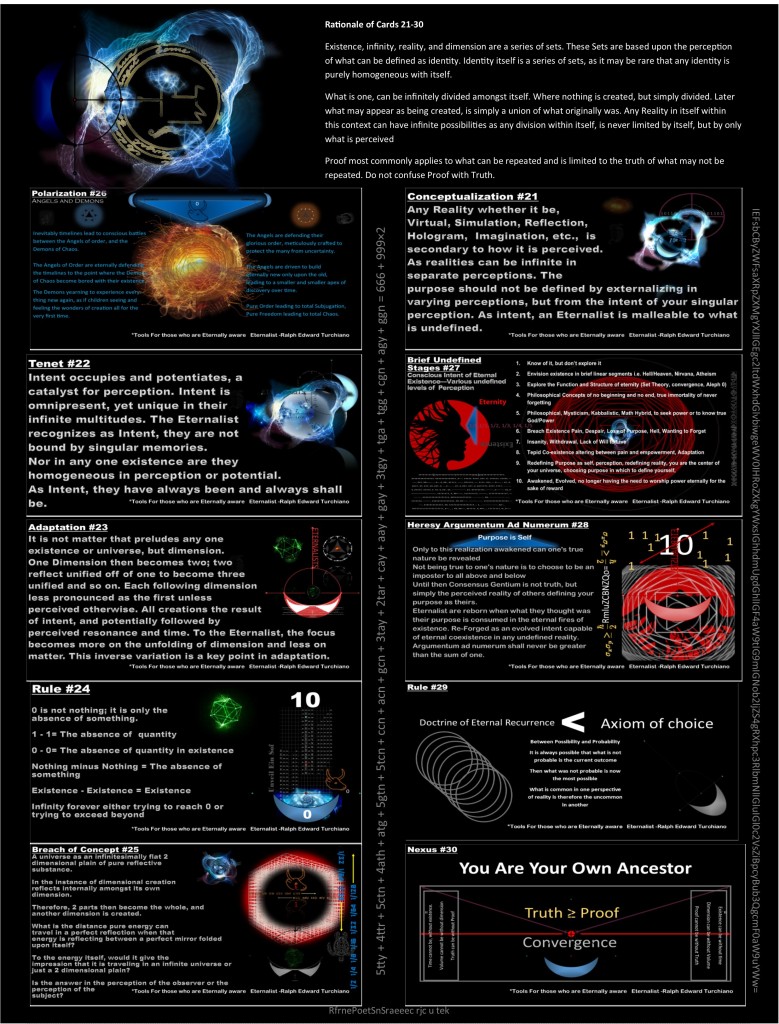 Rationale of Cards 21-30
Existence, infinity, reality, and dimension are a series of sets. These Sets are based upon the perception of what can be defined as identity. Identity itself is a series of sets, as it may be rare that any identity is purely homogeneous with itself.
What is one, can be infinitely divided amongst itself. Where nothing is created, but simply divided. Later what may appear as being created, is simply a union of what originally was. Any Reality in itself within this context can have infinite possibilities as any division within itself, is never limited by itself, but by only what is perceived
Proof most commonly applies to what can be repeated and is limited to the truth of what may not be repeated. Do not confuse Proof with Truth.