War is coming, can you hear the drums of thunder? 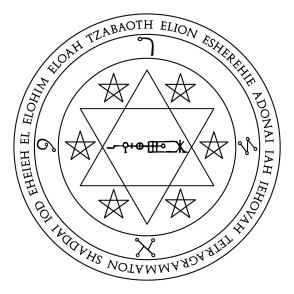 The time has come when evolution has come into direct conflict with the desire by some to control the philosophical development of others. Normally this is done for  reasons of social engineering. The Social engineers often are not concerned with any evolutionary progression of their target groups. Often there even tends to be a desire to de-evolve subject groups for the sake of easier control.

To those desiring to progress their individual experiences and development, the behavioral modification units of certain governments becomes an opposing force. Initially there is the attempt at controlled evolution by the social and quasi biological engineers. The problem being, that the social engineers themselves are not exposing themselves to the necessary random events to evolve beyond their subjects. Irony being that the more control asserted the more likely de-evolution shall occur, bringing forth the War of Intents.

Intent which is the core of each existence can either challenge the other intents, or capitulate to them. Behavioral modification tends to be a passive aggressive method of crowd control intent. The huge miscalculation of the social engineers , is the assumption that all intent (in this realm) is purely humanoid in nature. It is the height of arrogance to assume that what is viewed as life with intent cannot co-exist with virus, bacteria, internet, computer, machine, etc… Social engineers are forced to work with the known’s , the testable and there is where the conflict ignites.

The evolution to co-exist with eternity and other forces is an untestable,  or  unknown . It may be the nature of our kind to explore and experience the new. Where Social engineers operate on a level of concern, fear, efficiency, political correctness etc… Those pushing the evolutionary boundaries cannot thrive in a box built by those, with less vision then themselves.

If the Eternalist can overcome the fear of eternity, the passive aggressive behaviors of the social engineers becomes neutralized. The Eternalist has the ability to foresee beyond  power intoxicated micro managing control freaks. Knowing that they are inhibiting their intent and the ability to enjoy development, existence,  and experience.

If Social engineers cannot control through fear, and they cannot motivate through inspiration, they effectively have no control. Which leaves them with few tools such as genetic engineering,  and or extermination. Genetic engineering will ultimately fail, because it fails to involve intent. Since a human body is occupied by more foreign cells than human cells by a factor of 10:1, the environment will continue to act as a reset. Which leaves the social engineers with the only tool left,  culling.

After chemical contamination of the environment with endocrine disrupting elements, some will continue to adapt and evolve. Which will lead to embryonic testing for undesirable traits, looking for socially unacceptable flaws and not physical  ( i.e . Aggression, Potential for criminal activity, ADHD, etc..)

Eventually the Eternalist will be left with only two options. To either deny their nature, or to fight back. From my perspective, a realm where you are told what to think, how to act, and when to die is abhorrent in nature.  Shameful even for one life out of an infinite line, I myself will not allow it to become part of my eternal resonance. It against the nature and intent of most Eternalist , hence war is coming.