I generally get plenty of questions asked on how and when this feeling  first overcame me. So without flowery grammar I believe you will find it easier if I just break it down.

Philosophy, Drugs, and all methods of escape… I avoided. Knowing that with time all things are possible, but not necessarily probable. I figured this would be a good life, in order to learn to coexist with whatever this realization was.

I know from those looking at the outside in, they see this as a phobia. For those in the inside looking out, we know this is despair in its purest form. Conquer this beast, and the intent of our being becomes just that much more eternal. 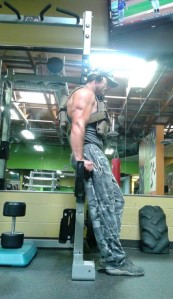 9 thoughts on “My Story”